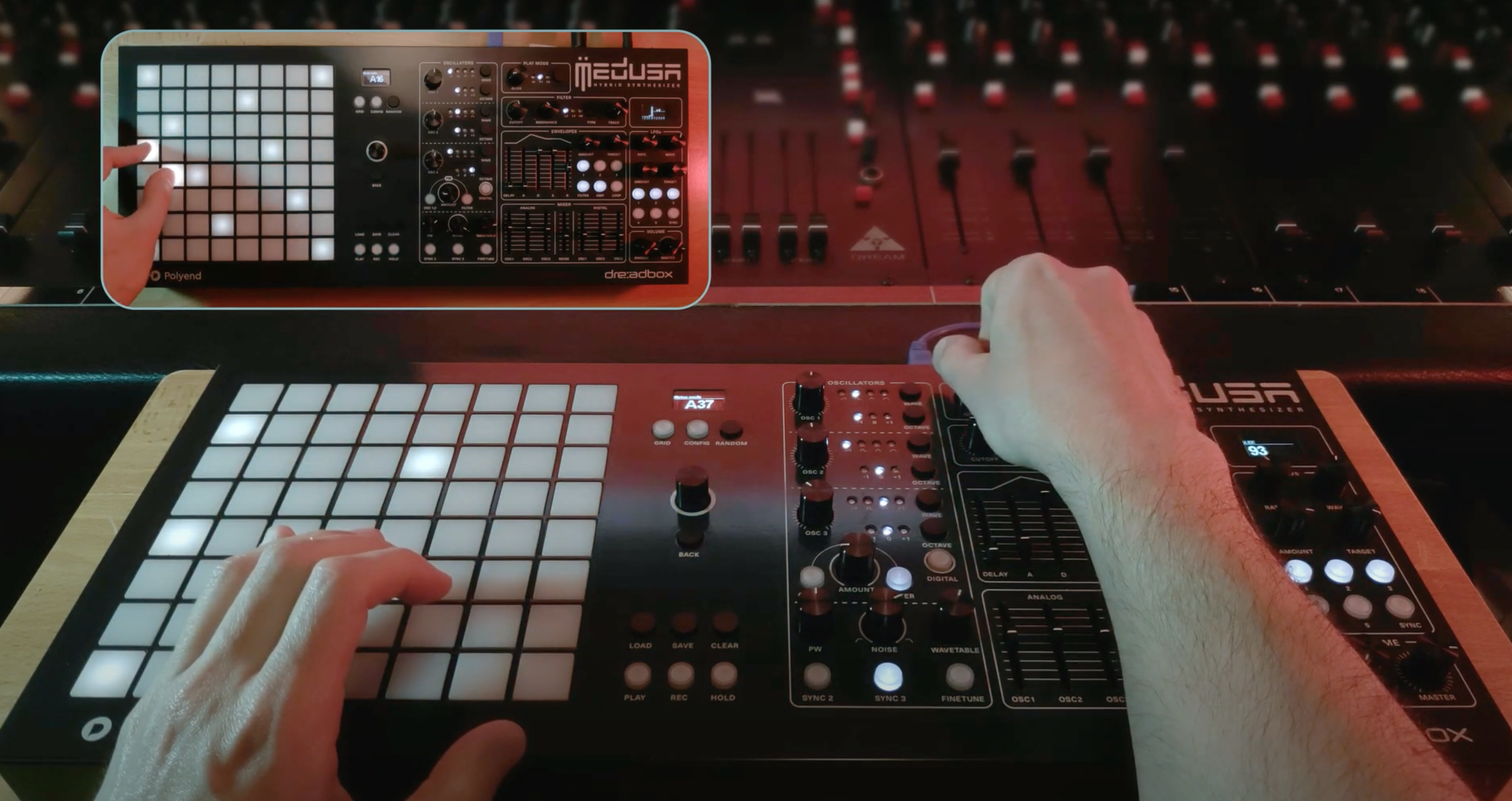 Exploring the warmer/sweeter side of the Polyend Medusa and the play-ability of the grid ended up in making this small cover of one of our favorite tracks by Vangelis from the Bladerunner soundtrack.

“Some more details: The Grid for the lead sound is setup so that the X-Axis goes one semitone up so on the X-Target I have the value of 10. With this setup, it may be quite difficult to play always in tune so if you look at the video I always tend to touch the pads from the left side. This way doing the slides is also easier. I treat them somewhat like guitar frets. For the Y target, I just have some filter cutoff. And for z-target a tiny bit of FM. The pad and the drone are double-tracked and panned left-right. For the bass, in order to fatten it up a little, I have used the filter resonance. The bell sound is just a self resonating filter. The tuning here was a bit tricky, so I ended up doing some extra tuning later. Generally, the sounds are left without any significant post-editing except of course the addition of effects and some basic mixing/mastering at the end. I have used Softube Tsar mainly on the lead sound to make it sound “bigger” as this reverb blends nicely with the sources, and for the long reverbs I have used NI/Softube RC 24. For the “shimmer” effect that is audible mostly at the outro, I have added the Pitch shifter from NI Replika XT before the RC 24. There is also a little bit of Clouds at the pluck sound from the VCV rack.

For the cover itself, I was partly influenced by the version of this song from Vasilis Saleas, a famous clarinet player in Greece. His version of the song is included in his album called “Orama”.”