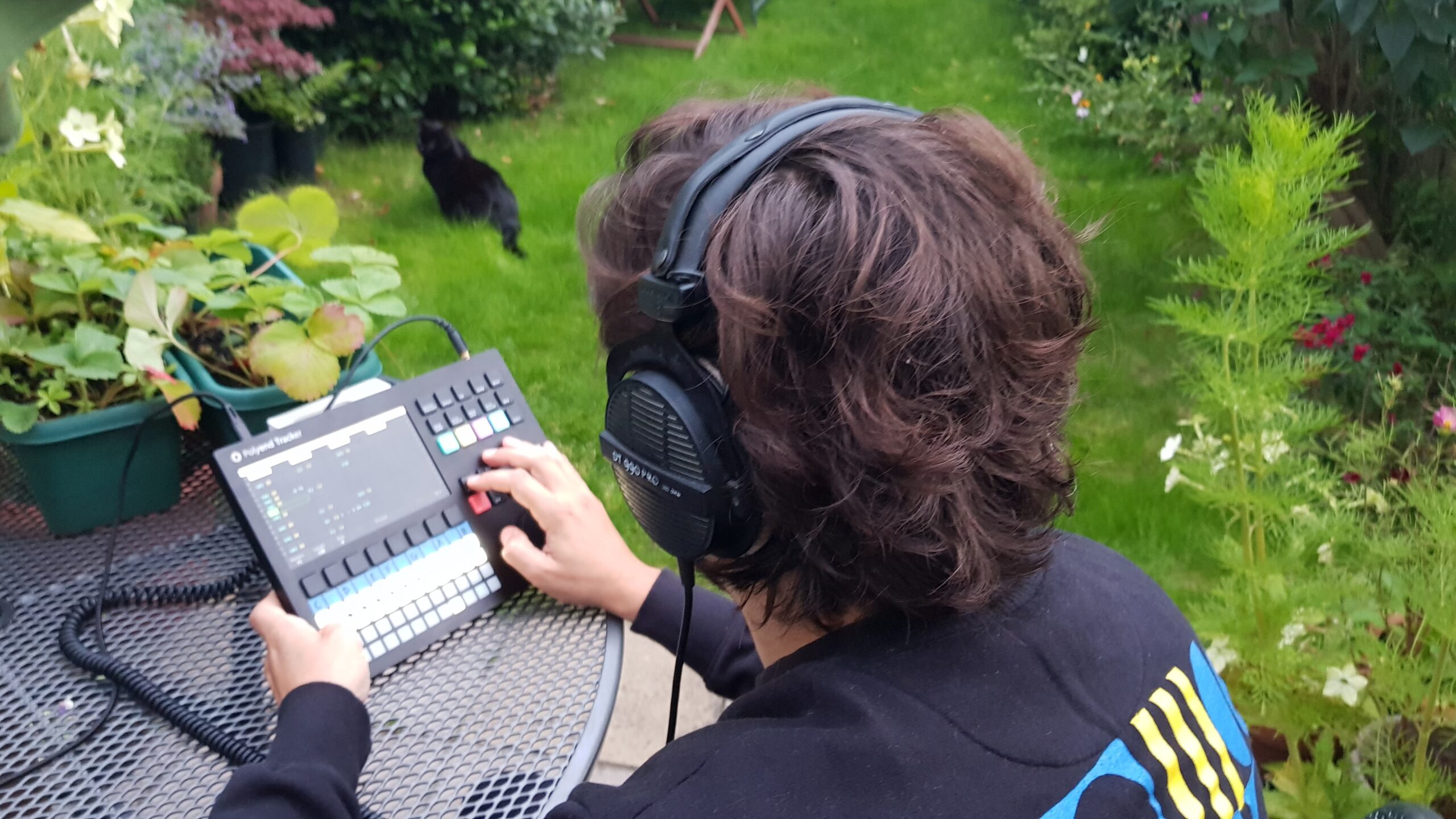 "I’d always been curious about trackers since finding out some of my favorite artists like Omni Trio and Breakage used them."

“It looked like such a strange way to make music! More recently I’d been following a newer generation of artists on YouTube like Phineus II, Pete Cannon, and Amiga Junglism who were keeping tracking alive via OctaMED on their ancient Amigas. The Polyend Tracker looked like a great way to try it out without having to get the floppy disks back out!”

“I’ve had it a while now and it’s been a real gamechanger for me – completely reigniting my passion for making music. Getting away from a computer has made the biggest difference. I’m too easily distracted by so much visual information on a DAW so it is great to have a box without VSTs (or work or the internet!). With a battery pack, I can sit anywhere and just connect with the device as an instrument. Everything people have said about trackers is true, it forces you to use your ears instead of your eyes. You establish muscle memory super quickly so you’re using shortcuts most of the time. I’ve had MPCs over the years, but they’ve never quite clicked for me in the same way this has.”

“I love that my decades-old sample folders fit on an SD card, and I can record fresh sounds straight in from old cheap gear I’ve accumulated off eBay. At the moment I’m having loads of fun making jungle on the tracker, but I’m enjoying doing anything breakbeat-related or sample-based. No vinyl is safe!”

Daniel Williams is a Director at Youth Music a UK music charity for young people. He grew up in South London and has been producing music since the early 2000s specializing in jungle and drum n bass. He’s released EPs on Soul Rebel Recordings and Influenza Media. Having been re-inspired by the Polyend Tracker there’s plenty more to come.