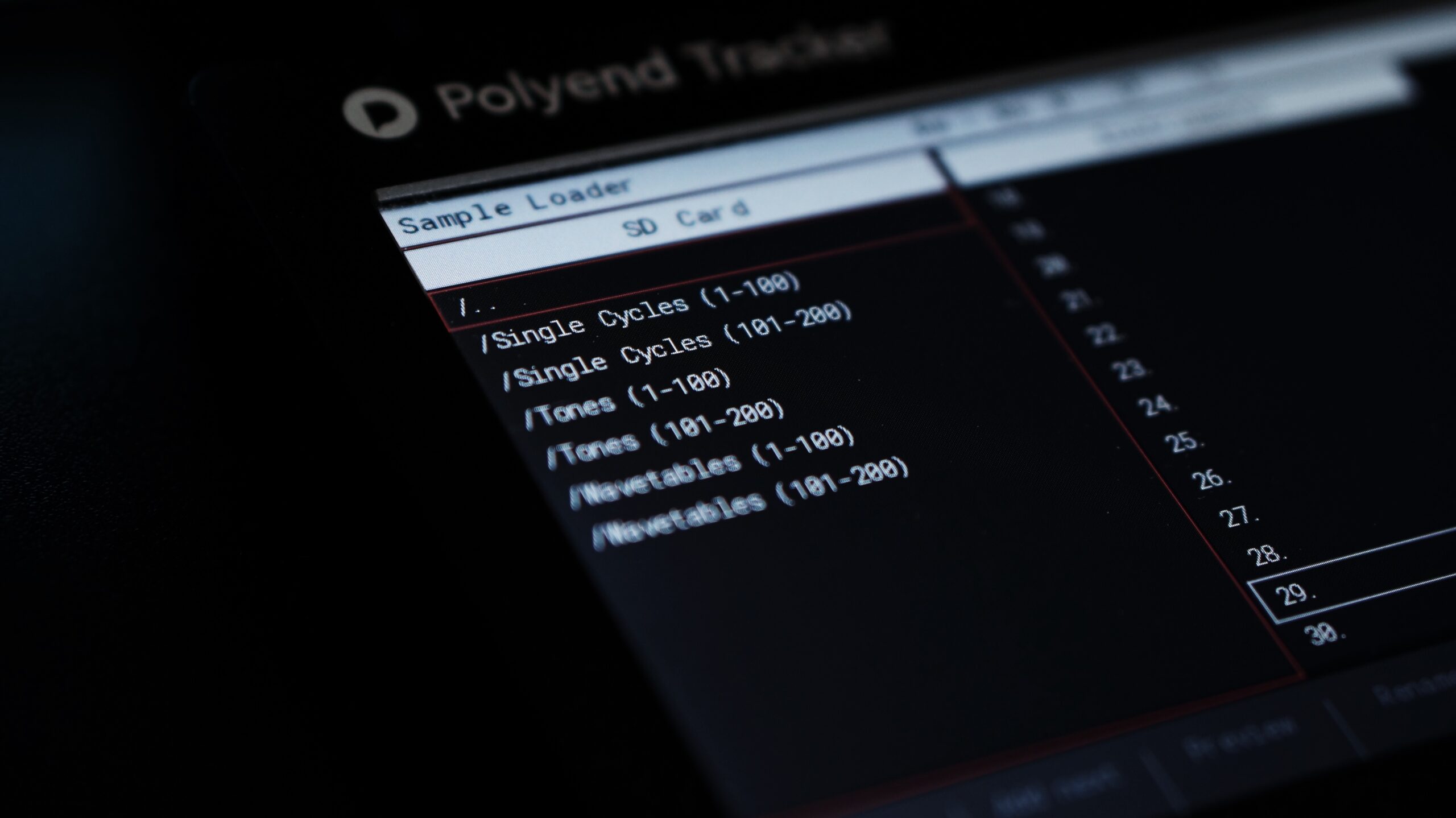 "The free samples from my pack are focused almost entirely on giving you tones to further shape to your heart's content using the tools included with the Polyend Tracker."

“My name is Mike West and I started using trackers in about 2010, with Protrekkr. It was the first one I used and I would be still using it today but sadly that project died with too many bugs still remaining. I took a break from tracking and music in general but continued to practice sound design, I really enjoy the sound design process with synthesizers or foley/editing. When 8bitbubsy made the FT2 clone for modern systems I just had to get back into tracking, so I naturally bought a Blofeld to provide the samples, not much longer after that Polyend Tracker was announced. I saw that it shares a lot in common with Protrekkr and I had to have it.”

“I already was aware of a lot of its potential and could carry over most of my workflow. I just had to make some samples to feed it, then I could work in a way that I really enjoy. I’d like to share the fruits of my work with you, to help get some extra miles(or kilometers) out of your Polyend Tracker.

My goal was to create a set of samples that would provide a means to get a lot of classic sounds into the hands of users, but I couldn’t help myself from doing modern and experimental stuff as well.

The samples in the Tones folder should be used in the sampler with looping turned on, they are designed for a forward loop of the whole sample, to work as an oscillator. These can provide more rich and smooth tones and often with plenty of harmonics for the filter to work with.

The single-cycle waves are for the wavetable synth, they aren’t all the same size so just go with the largest size. These are good for single oscillator synth sounds, and my go-to for deep bass. These are also basically free as far as sample memory is concerned.

And then we have the wavetables, there’s plenty in there going from analog type of sounds to aggressive basses and FM. A few of them are meant to be played a certain way, like for instance the 2x Saw are supposed to be on a saw LFO for the wavetable position, it loops near the end of the wavetable, or the stacked oscillator tables just set the wavetable position to the center and apply a triangle LFO and it will usually do a supersaw variation, for these oscillator type of wavetables the LFO speed emulates the detune amount.

I hope you enjoy the samples and be on the lookout for me on YouTube in the future, I plan on making some content about our favorite tracker, and I’ll be making more sounds available for you.”