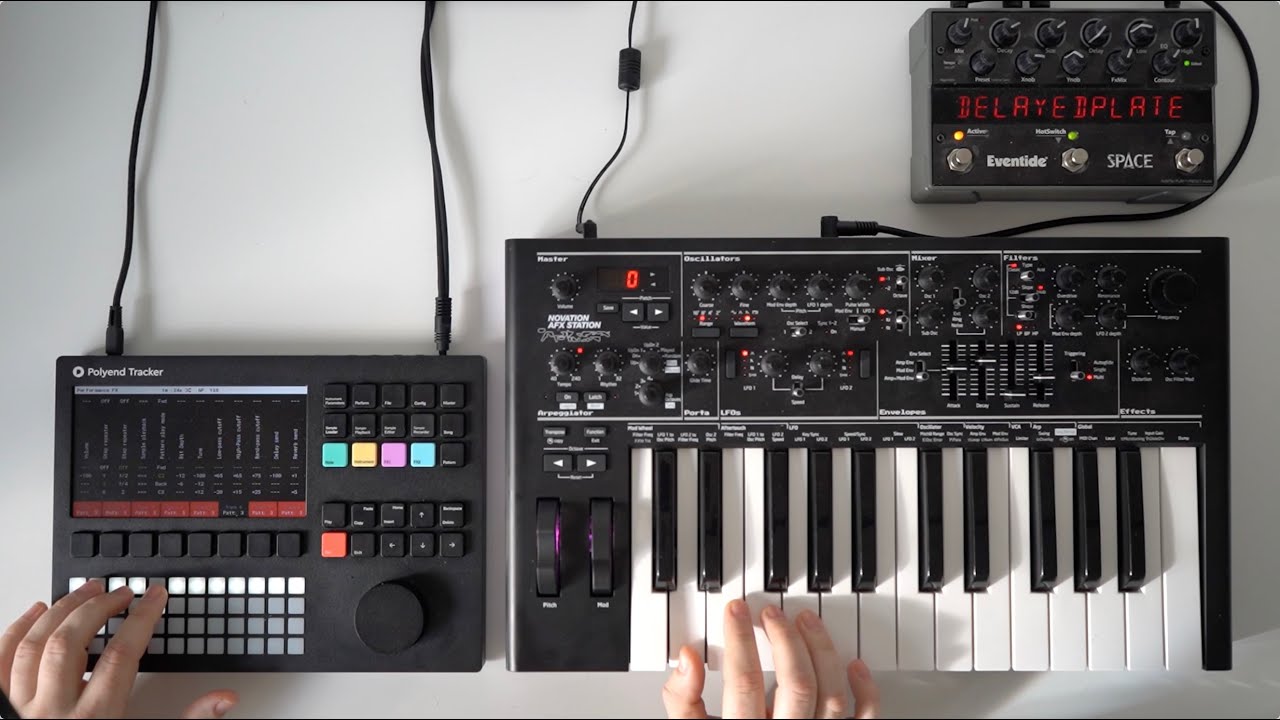 “At the heart of this song is the Polyend Tracker. It’s an eight-track sampler, much like the Digitakt, but with a great set of unique features. The ‘tracker’ aspect won’t be very confusing for anyone using an Elektron-style step sequencer. In particular, I take advantage of the Tracker’s song mode to cycle through various patterns, mainly bringing instrumentation in and out, and the Tracker’s incredible Perform mode to capture some live and on-the-fly performance. Perform mode truly is special and lets you add beat repeats, alternate sequencing modes, playback reverse, bit crushing, pseudo-master filter, panning, effect sends, and so much more. It truly can take a song from a set of patterns to a performance.”

One extra note on the Tracker: about half of the sounds here actually come from grabbing random snippets from the Tracker’s built-in radio. It’s hard to articulate how much fun and surprise comes with just switching on radio and sampling at random. It’s a joy to have it there whenever you need a bit of inspiration.

For doubling of the vocals and melodies, later on, I use the Novation AFX Station. While the AFX Station is just a reskinned Bass Station II, it’s no slouch. It’s an analog synth with para pony, multiple filter types (LP, BP, HP, and an “acid” filter), a beautiful drive, a compact profile, and a fantastic interface. It’s hard to explain how much character the AFX Station / BSII has, and (in my opinion) most of it comes from the filter. I previously had the Novation Circuit Mono Station and was really missing it, so when I found out the AFX/BSII had the same filter and drive, I picked one up immediately.

Performed and recorded live. Compression and delay added to vocals during recording and EQ/compression/limiting on the master.” 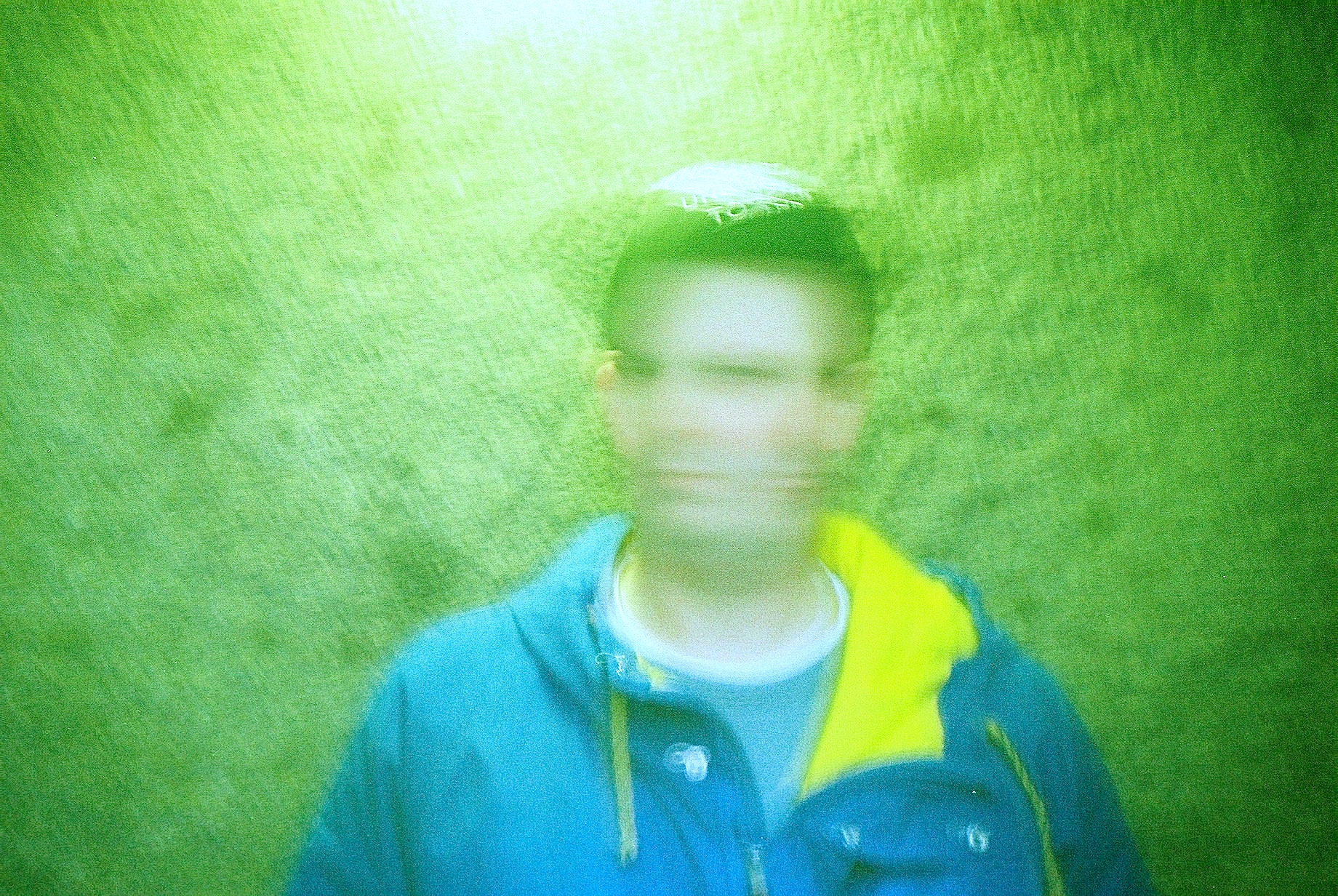 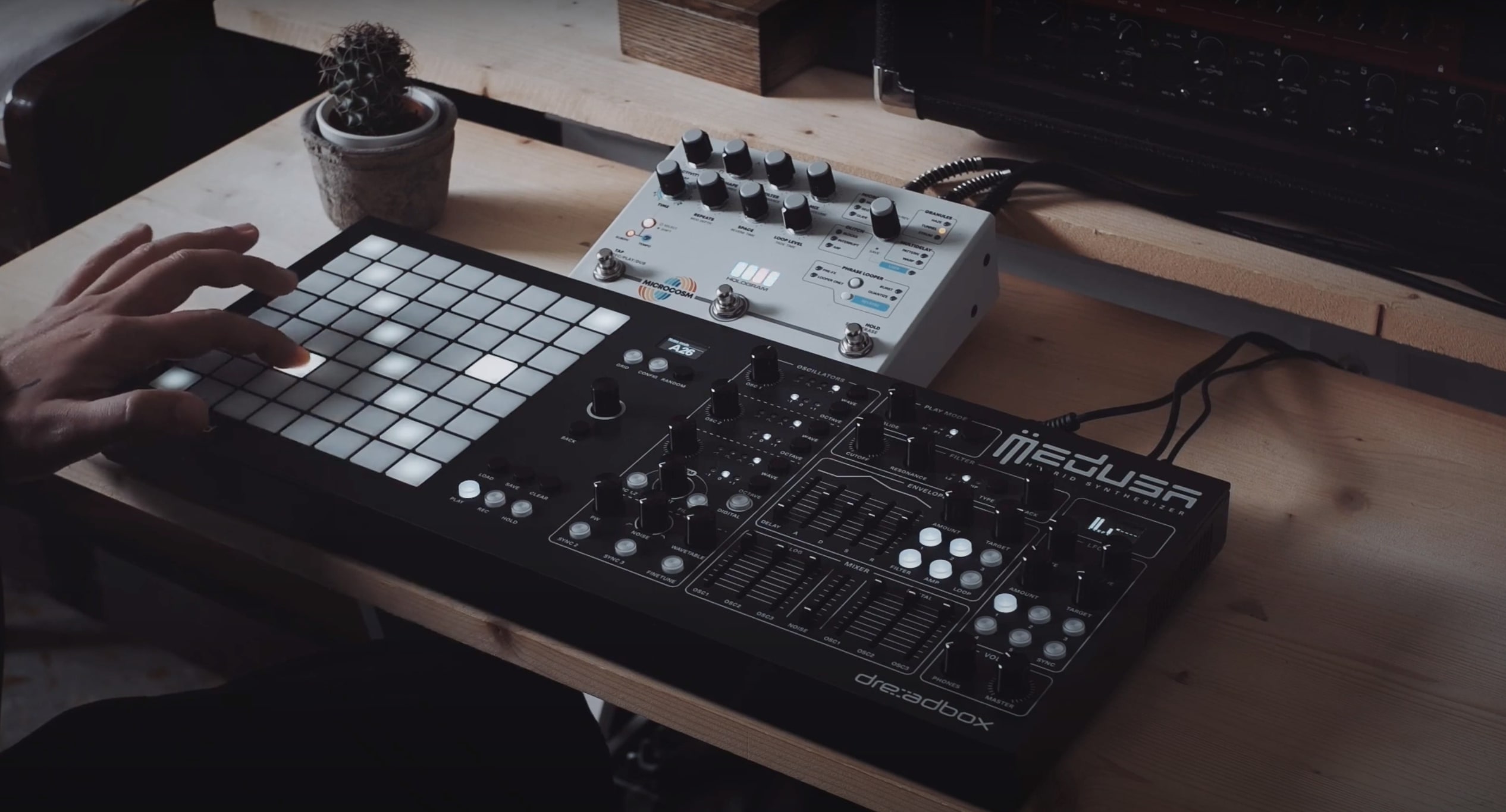