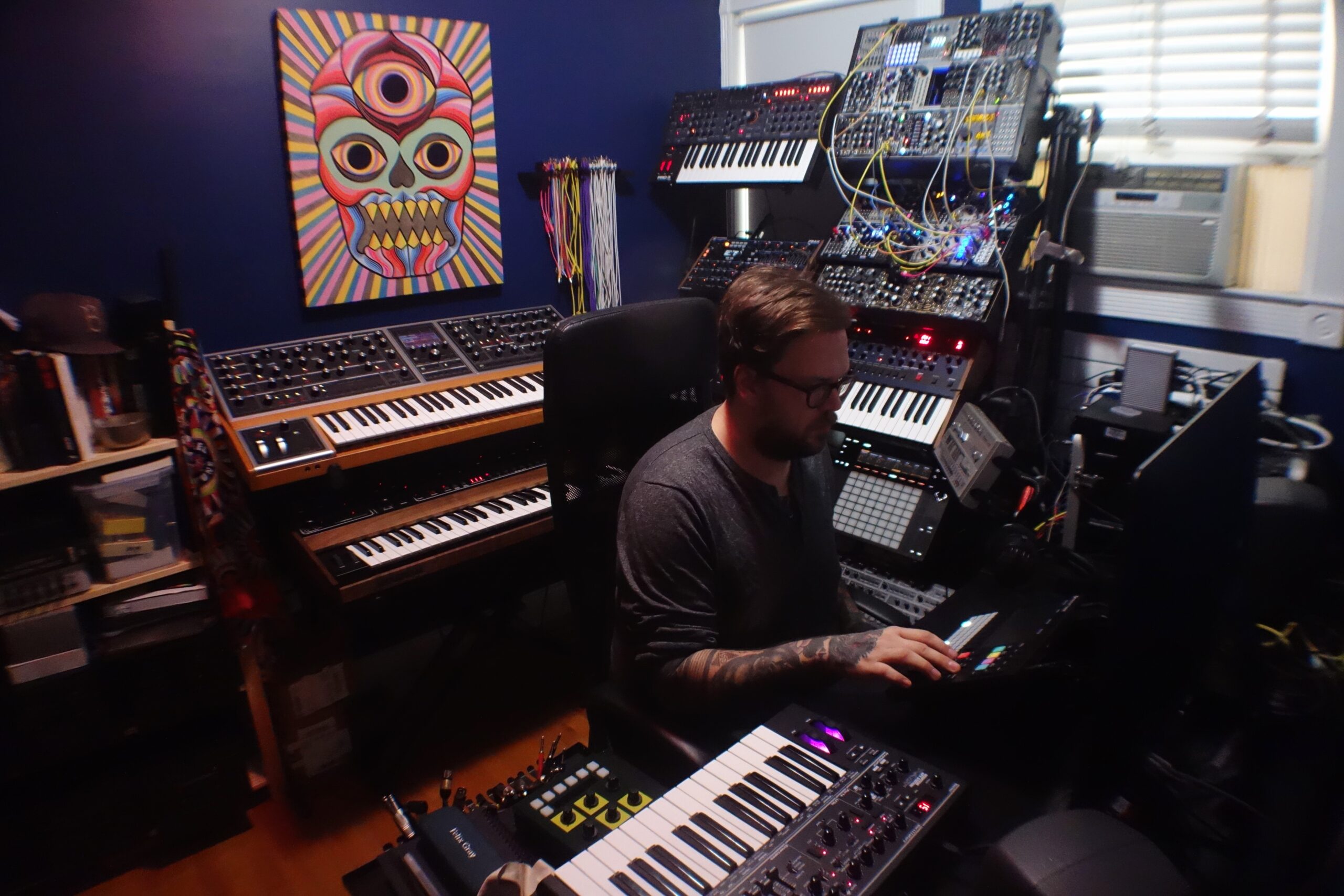 "At this point, it’s hard to imagine a creative world where I don’t have the Tracker in my vocabulary. I suspect I’ll be dreaming vertically for years to come."

“I was recently reading about ‘Tetris syndrome’, a term coined in the 90s for a phenomenon that occurs in people who spend so much time repeating an activity that they start to dream the patterns. People who spent their childhoods making colorful shapes fit together in Tetris might see those shapes falling endlessly in their sleep, or even daydream about fitting cars together in a particular way to clear traffic. It’s not just video games that have the effect, mathematicians report dreaming of equations and numbers.”

Get the project of Only Ruin – Syndrome here!

“In a lot of ways, my studio is my brain. I’ve spent countless hours routing, rerouting, plugging and unplugging all of the hardware that I use to express myself in a way that feels as natural as communication. It is communication, and music has always had its way of saying the things I don’t have words for. The challenge of working with hardware is always communication. How do I want things to communicate? Do I want everything to communicate, or do I want this thing off, talking to itself while everything else is in another world? Workflow can be like language, and recently I have started speaking (and dreaming) Tracker.

Tracker has changed the way I make music. It’s changed the way I think. My entire studio centres around Tracker, waiting to be told where to go, what to say. Instead of thinking linearly, in staves, rolls, keyboards, fretboards, I’ve moved into a vertical world that I’d never even seen before. Tracker is beautiful in its conceptual simplicity, while its technical complexity can run as deep as you’ll allow it.

In the track I’ve made for this post (I’m calling it Syndrome), Tracker is sending midi to various hardware and to Ableton. Instead of using samples on the Tracker, I’ve decided to let it trigger samples in Live, where it can also trigger some modulations and processing. It’s been a process learning how to incorporate Tracker with Live, my other brain. I’ve started to find ways of incorporating both seamlessly, while all of the sequencings are still happening on Tracker. I’ve included the project and named the tracks so you can try it out with your own hardware.”

Is the pseudonym of Austin White, a Brooklyn based producer and musician. Austin draws from his experience as an improviser in the world of the avant-garde to explore dark textures and lush harmonic territories through his use of hardware and experimental programming.