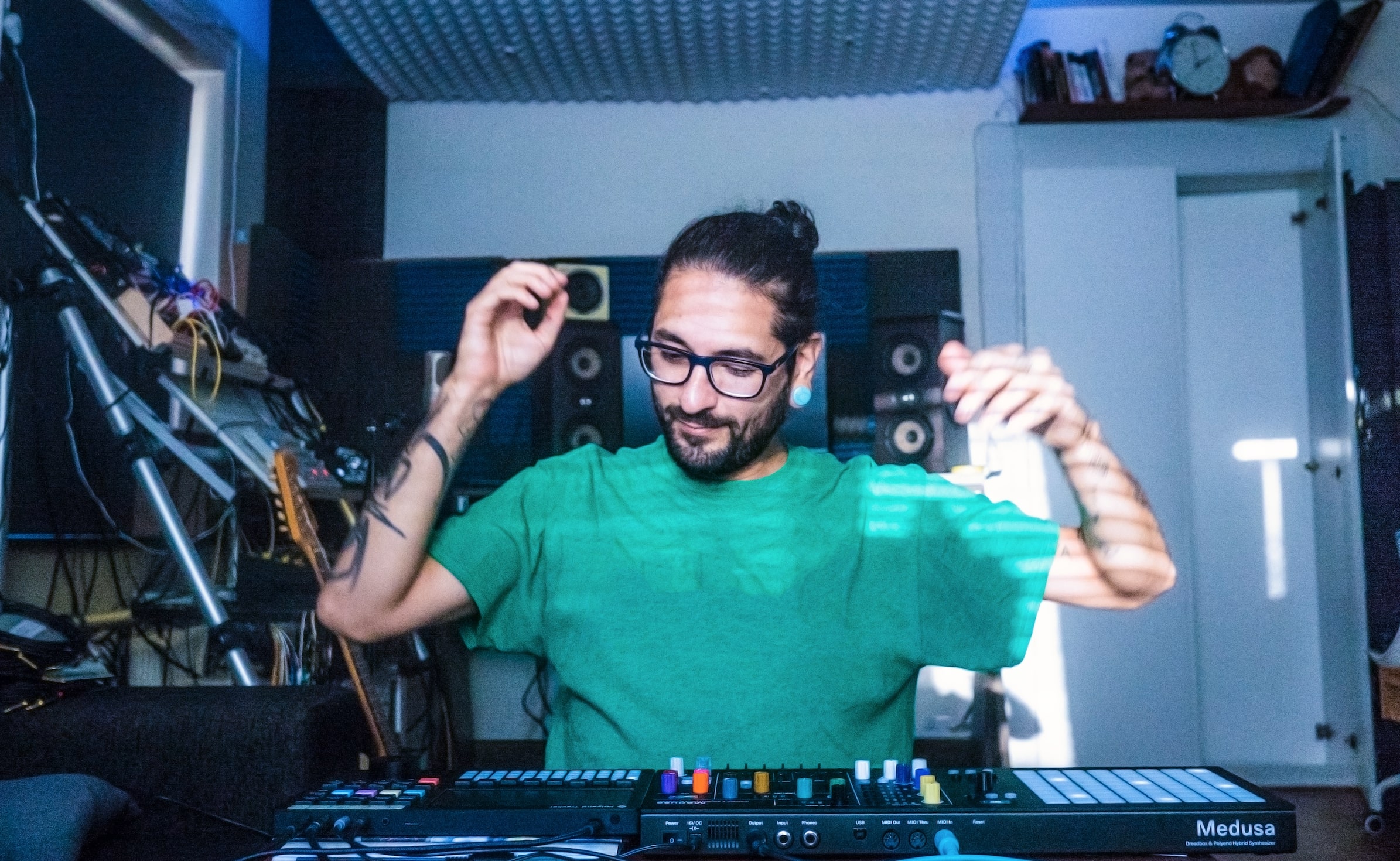 "Yeah, the Tracker gives me really good vibes, it gets stuff done."

“I’m new to the tracker workflow. I just got the Polyend Tracker at the end of this summer and this is my first try playing with the song mode. I was looking for a portable, capable sampler that I could have fun with and spit out ideas from the comfort of the couch.

After playing with it for a little while now all I want is to sequence everything with it, throw some random or euclidian fills, and see what happens and with the song mode being so easy and intuitive this is the first DAWless sequencer I have had fun with arranging patterns.”

“The bass at the beginning was sampled from the Medusa. Then comes some plucks, which were also sampled from the Medusa (most of the synths are medusa) and then beat sliced. I threw around a few random notes here and there on the FX row for some randomness on the plucks. The first drums are a drum break that I beat sliced with which I played with the volume and cut off envelopes. I really liked the outcome of that.

As the arrangement progresses in the first half of the song I like how the even steady bass contrasts with the hectic Plucks. It messes with my brain. Punch-Out is the name of my favorite NES game.

Get the project of the Awqa – Punch-out here.

Is Christopher, based in Stockholm, Sweden. Been playing drums, guitar, and singing in bands for some years, and still has a music itch. Exploring the electronic side of music and being a one-man orchestra from his living room. Started releasing music this year under the name Awqa, something his aunt used to call him when he was a little boy.