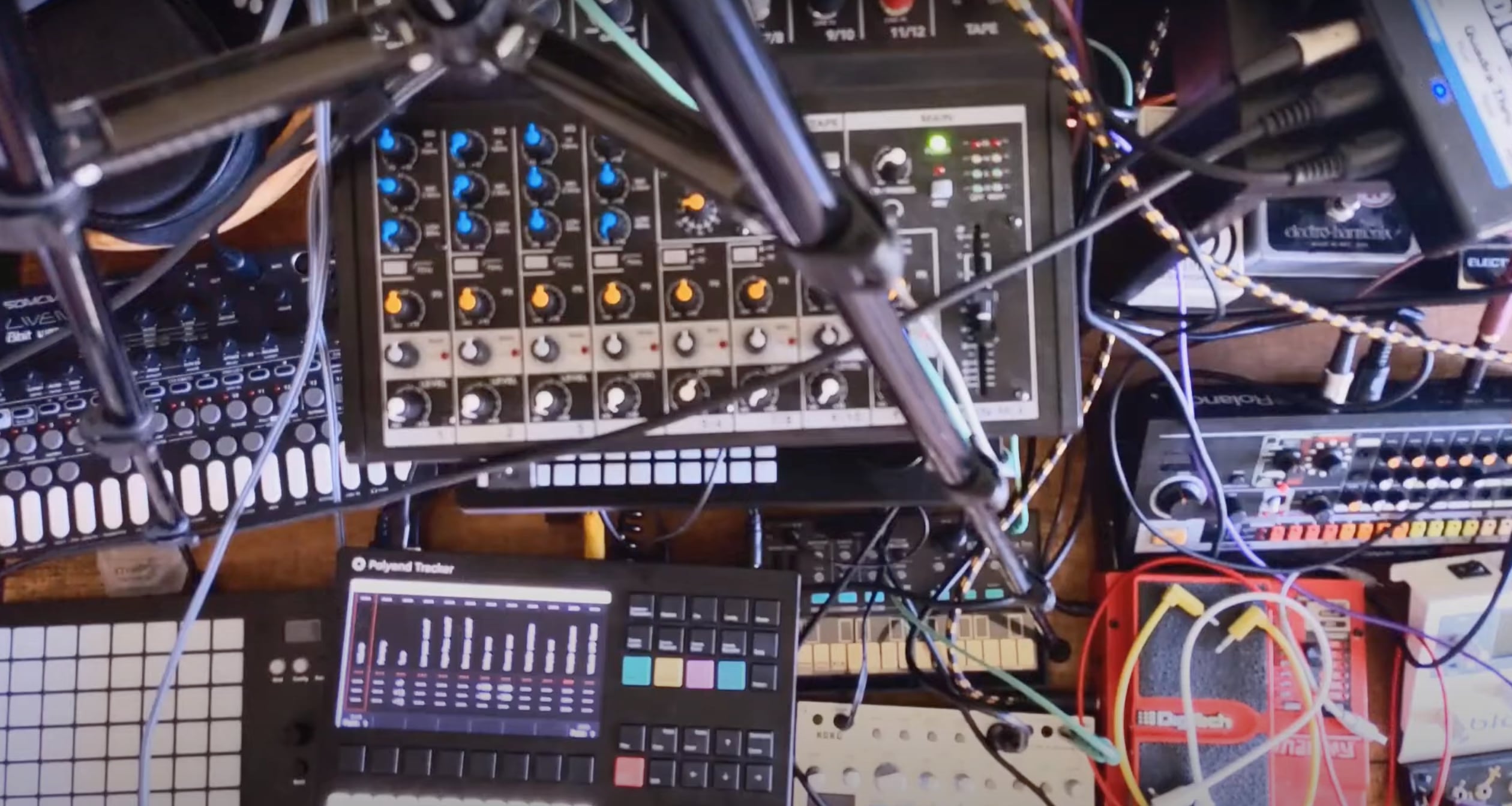 "My favorite thing about the Tracker is its creative constraint. Its focus."

“As soon as I sit down to start a project, I pose myself a particular challenge “how can I do X?”, and begin scheming. Tracker’s affordances for generative and randomized behavior offer so much inspiration and ways to subvert expectation.”

“When designing a game, I’m principally interested in creating dynamic and unexpected behavior. When writing music, I strive towards the same goals. I like music that takes you to places you might not expect, or sounds and modulations you do not comprehend. That is what I find fascinating about composing, and it’s what has drawn me to what I suppose is a sub-genre of aleatoric music.

The Tracker is incredible for making music like this because of how many modulation options are exposed.

Increasingly, I approach songwriting on the Tracker with the goal of creating something abstract and mysterious from as few functional pieces as possible. I lean into the randomization and LFO options heavily. I find that I am most happy when I feel like I’m working alongside the Tracker on my music, rather than telling it what to do. The output is a collaboration between us both.

With SS7, the song is composed of roughly ten patterns, all of which are combinations of each other, and almost all of which self-variate each time they are sequenced. The ‘noise lane’ plays a Euclidean rhythm (I have fallen in love with Euclidean rhythms, thanks Polyend!) that grabs a combination of 10 different instruments. It should be cacophonous, and yet it sounds… magical. Like a stream of consciousness.

I use this approach across almost everything I write on the Tracker, including the generative sequences where the Tracker drives my growing collection of synthesizers. It is endlessly satisfying to run even a relatively simple 128-step pattern with sufficient randomizing parameters, listening to it evolve over the course of 20 minutes.

The video for SS7 is also generative, created using projectM, a version of the infamous Winamp Milkdrop visualizer. Computer music is so much fun!”

Get the project files of the Christopher Floyd – SS7 here.

A mastered audio version of this track is also available at Christopher’s SoundCloud.

Is a music producer and video game designer from Seattle, WA. He has been making and playing music since the early ’00s, beginning as a punk-rock guitarist. Under his personal music project (トロン), he releases experimental electronic music, typically in the IDM space.