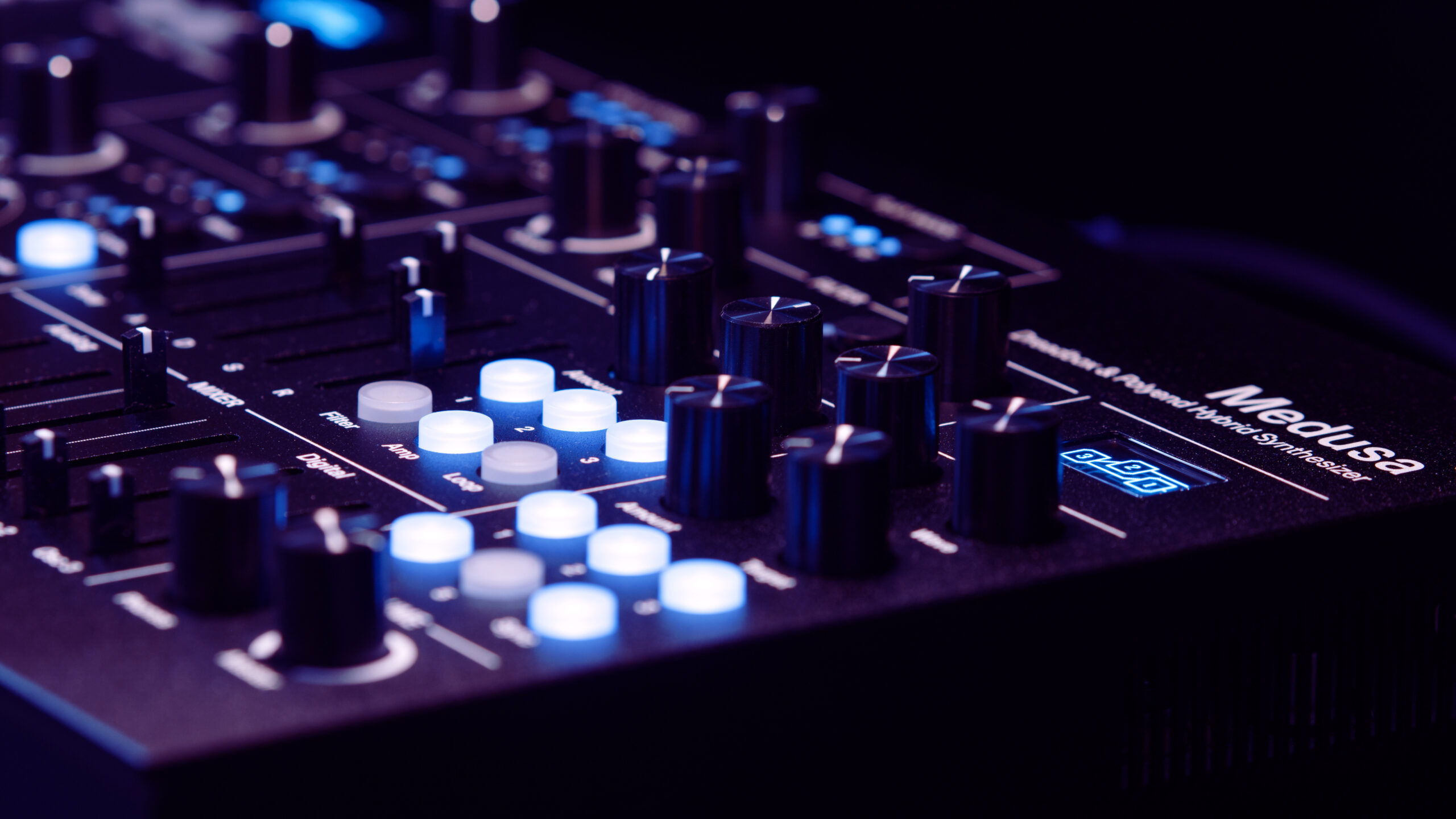 Polyend is happy to announce a major Medusa v4.0 firmware update release which brings some serious feature updates among the general improvements:

– Improved Channel per Voice mode where each channel is now truly “per voice”, and not “per oscillator” as previously,

– Added MIDI Program Change for better control of the synth,

– Added a per-preset option to “Skip muted voices” during voice selection in P1 and P2 mode.

Learn how to program the new Digital FM synth engine

Check how to use the Medusa's MIDI Program Change function